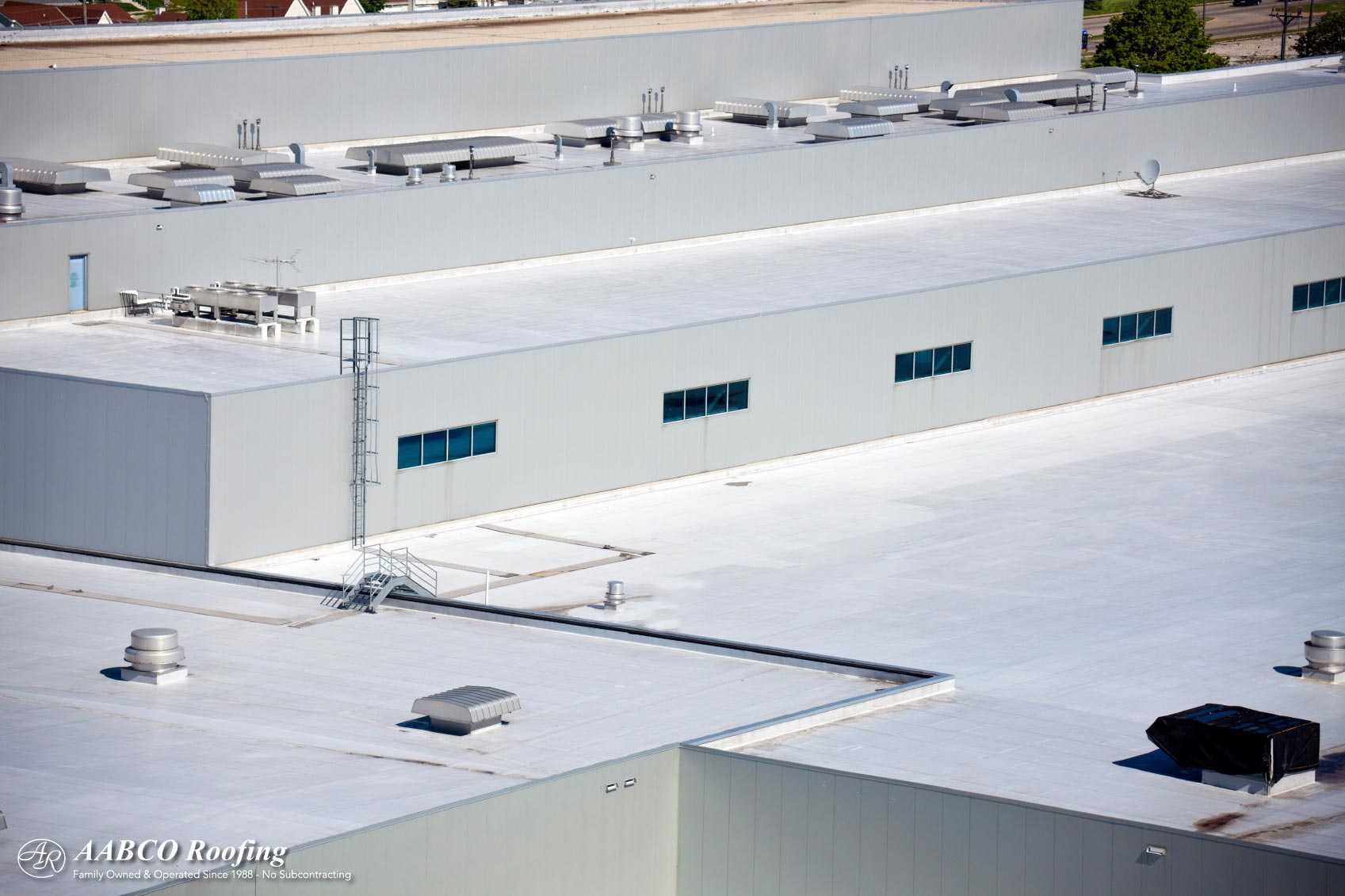 Warehouse roofing, just like warehouses, is often a forgotten matter. Most people don’t ever need to think about them in their lifetime, yet they rely on them to store some of their most important goods. This means we need warehouses that have solid roofs, allowing you to store your goods for years at a time and not worry about any spoilage. If you have a bad warehouse roof, you could be coming back to damaged goods, and thousands of dollars of lost capital.

Here are few options for your warehouse roof that won’t have you worrying about your goods.

The cheapest of your options, built-up roofing is the most common form of roofing. It has a few perks, but often it’s the cheap price tag which catches contractors’ eyes. The main benefit of a built-up roof is its insulating property. The roof is made up of a few layers of sealants and membranes, and finally most are finished off with gravel as the top layer. These layers are great at insulating, so if you live in a climate where there are large temperature differentials then this is important, but obviously this isn’t an issue in Florida. Another benefit of this roof type is its pleasing finish, gravel is much more pleasing to the eye than the black rubbers and plastics of other roofs, and the gravel is much more forgiving to foot traffic. The main problem is that these layers all add weight and that can mean that additional supports would be needed.

For modified bitumen roofs, the bitumen is mixed with a rubber membrane to make it malleable enough to be formed into sheets. These sheets are then glued onto the roof using a blowtorch. This can be quite dangerous, so newer versions are designed to use other glue instead of needing a blowtorch. The roof is still thick, normally two plies, but it is nowhere near as heavy as a built-up roof, making it easy to install. It is also cheaper than many other membrane roofs.

A bitumen roof is great at reflecting light, therefore decreasing your energy bill, but it won’t take lightly to foot traffic and is better for roofs that won’t need to be accessed, other than for maintenance.

TPO is almost the exact opposite of built-up roofing, it is rolled on as a single sheet, therefore it is orders of magnitude lighter than built-up roofing. This means that it can also be applied while the building is occupied. The sheets often come in white, and therefore they are highly reflective. This is an important benefit in hot environments as it could save you thousands of dollars in air conditioning if your goods are temperature sensitive. The sheets are also durable, which is good for warehouses that use the roof often.

Since TPO comes in sheets, it needs to be bonded to itself, creating seams. These seams are stronger than the actual sheeting, which is great, but expect to have to repair them after a decade or two. When they do fail, it could lead to leaks and water damage to the building and its contents. But proper maintenance will ensure that this will not be a problem.

There are a few other major roofing styles, but these should cover the major differences and give you a good idea of the options. For help in understanding which roof your warehouse needs, Aabco Roofing is going to be your best friend. Give us a call and let us help you through your roofing needs.